The Beach Boys are one of the most critically acclaimed, commercially successful,[10][386] and influential bands of all time.[387] They have sold over 100 million records worldwide.[388] The group's early songs made them major pop stars in the US, the UK, Australia and other countries, having seven top 10 singles between April 1963 and November 1964.[389] They were one of the first American groups to exhibit the definitive traits of a self-contained rock band, playing their own instruments and writing their own songs,[390] and they were one of the few American bands formed prior to the 1964 British Invasion to continue their success.[389] Among artists of the 1960s, they are one of the central figures in the histories of rock.[88] Between the 1960s and 2010s, they had 36 songs reach the US Top 40 (the most by an American group) with four topping the Billboard Hot 100; they also hold Nielsen SoundScan's record as the top-selling American band for albums and singles.[391]

Brian Wilson's artistic control over the Beach Boys' records was unprecedented for the time.[392] Carl Wilson elaborated: "Record companies were used to having absolute control over their artists. It was especially nervy, because Brian was a 21-year-old kid with just two albums. It was unheard of. But what could they say? Brian made good records."[132] This made the Beach Boys one of the first rock groups to exert studio control.[393] Music producers after the mid-1960s would draw on Brian's influence, setting a precedent that allowed bands and artists to enter a recording studio and act as producers, either autonomously, or in conjunction with other like minds.[394]


A manuscript of "God Only Knows" displayed in the Rock and Roll Hall of Fame in Cleveland
The band routinely appears in the upper reaches of ranked lists such as "The Top 1000 Albums of All Time."[395] Many of the group's songs and albums, including The Beach Boys Today!, Smiley Smile, Sunflower, and Surf's Up—and especially Pet Sounds and "Good Vibrations"—are featured in numerous lists devoted to the greatest albums or singles of all time. The latter two frequently appear on the number one spot. On Acclaimed Music, which aggregates the rankings of decades of critics' lists, Pet Sounds is ranked as the greatest album of all time, while "Good Vibrations" is the third-greatest song of all time ("God Only Knows" is also ranked 21). The group itself is ranked number 11 in its 1000 most recommended artists of all time.[396] In 2004, Rolling Stone ranked the band number 12 on the magazine's list of the "100 Greatest Artists of All Time".[397]

In 1988, the core quintet of the Wilson brothers, Love, and Jardine were inducted into the Rock and Roll Hall of Fame.[10] Ten years later, they were selected for the Vocal Group Hall of Fame.[398] In 2004, Pet Sounds was preserved in the National Recording Registry by the Library of Congress for being "culturally, historically, and aesthetically significant."[399] Their recordings of "In My Room", "Good Vibrations", "California Girls" and the entire Pet Sounds album have been inducted into the Grammy Hall of Fame.[400]

The Beach Boys are one of the most influential acts of the rock era.[177] In 2017, a study of AllMusic's catalog indicated the Beach Boys as the 6th most frequently cited artist influence in its database.[401] For the 50th anniversary of Pet Sounds, 26 artists contributed to a Pitchfork retrospective on its influence, which included comments from members of Talking Heads, Yo La Tengo, Chairlift, and Deftones. The editor noted that the "wide swath of artists assembled for this feature represent but a modicum of the album's vast measure of influence. Its scope transcends just about all lines of age, race, and gender. Its impact continues to broaden with each passing generation."[402] In 2021, the staff of Ultimate Classic Rock ranked the Beach Boys as the top American band of all time; the publication's editor wrote in the group's entry that "few bands ... have had a greater impact on popular music."[403]
Click to expand... 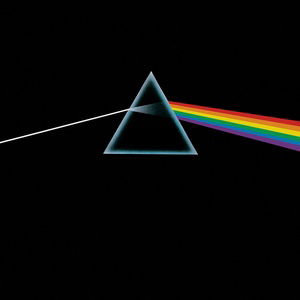